The support and commitment invested in her by Boels-Dolmans has seen Lizzie Armitstead develop into one of the finest riders in the world this season and her performances in the World Cup this year have been so impressive that she seems the safest bet for overall victory by a large margin (even five-time winner Marianne Vos says it’s hard to see past her). She went to the National Road Race Championships as defending champion and was widely tipped to win; after spending the first four laps working to earn an advantage which over the course of the next three she built into a lead over the pack that at one point reached 17″, it looked like the rest of the race was a formality.

It’s sometimes said that cycling is unique in being both an individual and a team sport, and this race turned into a fine example of that. With one lap to go, Armitstead attacked so savagely that for a while she left her chasers reeling as though unsure what had hit them; knowing that their chances of catching Armitstead without help from other riders in the final laps were not good, Wiggle-Honda team mates Laura Trott and Dani King forced an attack to make sure a group of thirteen riders got off the front of the peloton. When Emma Pooley (racing for VC Norwich, as the entry form asked for the name of her club rather than her team) launched her own attack, the Wiggle-Honda riders took a gamble and, joined by Sharon Laws of United Healthcare, went after her – a big risk because, if Armitstead still had the strength for another push, they might not have been able to respond, so the duo split up and King went to work on the leader while Trott stayed behind Pooley.

Even with a kilometre to go Armitstead was still fighting her corner, causing her rivals to open the sprint earlier than they might have preferred. That she kept up the pressure all the way into the final metres is more proof of just how good she is this season, but Wiggle-Honda’s efforts eventually paid off: riding either side of Armitstead as they approached the line, a final kick enabled them to gain the mere centimetres they needed – Trott was first, King second and Armitstead third with all three riders recording the same time of 2h44’56”. Pooley took fourth 4″ later, followed by Laws at +6″; the crowd had to wait more than minute for fifth-placed Katie Archibald to lead in the remainder of the chase group.

Pooley at the start (© Jack Chevell)

Emma Pooley is best-known for her climbing skills: with good reason, because she’s one of only three world-class climbers Britain has produced (the others are Vic Sutton and Robert Millar), but among her rivals she’s also highly respected as a time-trial rider – she was National Champion in 2009 and 2010, and she regained the title on the 26th of June after completing the technical 20.4km Newport course in 30’18”, clocking  an average speed of 40.4kph. Katie Archibald was 39″ slower for second place while her Pearl Izumi-Sports Tours International team mate Sarah Storey was third at +51″.

“It’s special because it’s been a while since I won I race. It’s been a few years since I’ve ridden the Championships,” quipped the London-born rider after her victory. “Actually, I think every time I’ve ridden it I’ve won it!”

National Champions around the world

The huge crowd gathered in Otley town centre made it clear they were backing their local hero Lizzie Armitstead all the way, and the Boels-Dolmans star gave them something to cheer about when she launched a blistering attack in the fourth lap that would ultimately take her to a 16″ advantage at the finish line.

British-registered Wiggle-Honda, home to Laura Trott, Jo Rowsell and two-time World Champion Giorgia Bronzini, has signed Kathryn Bertine so that the 39-year-old can ride La Course at the Tour de France – the women’s race taking place on the final day that has been added to the event due to pressure put on the organisers by Le Tour Entier, which Bertine co-founded.

Rochelle Gilmore, team owner and manager, said it “wouldn’t be right” if Bertine were not able to compete.

The organisers of the Tickhill GP, which is due to take place on t 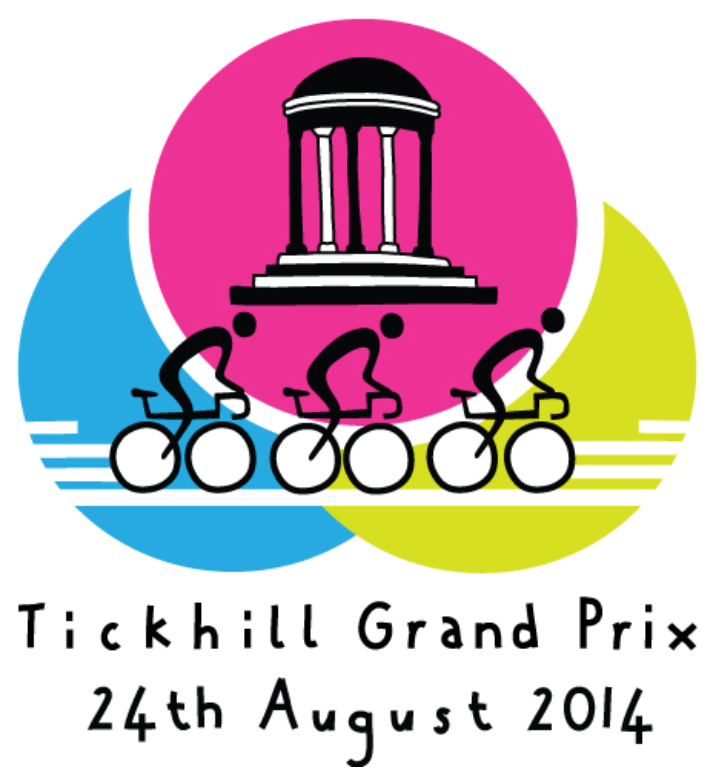 he 24th of August, have been striving to deliver a first-class women’s race this year and their efforts look guaranteed to pay off – all indications suggest it’s going to be a fantastic race.

“Both the men & women are elite – they are the best in their field at this level, therefore there should be no differential,” says event organiser Rich Stoodley. “The women have put in equal training and effort and we believe that they should benefit equally. The Title Sponsor agrees with our view that the women should get equal prize money.”

The women’s races (Cats. E/1/2/3, 3/4 and Under 16/14)) still need more entries, and with that sort of attitude it deserves support. More information is available on the official website and entry is via British Cycling. Neutral Service has a preview here.

Beryl Burton, the greatest British female cyclist of all time (The Guardian)