In this new series, we’ll be taking a look at the women’s teams currently active on the British cycling scene – from the newest amateur squads to the established professional outfits. If you’d like your team to be featured, get in touch! 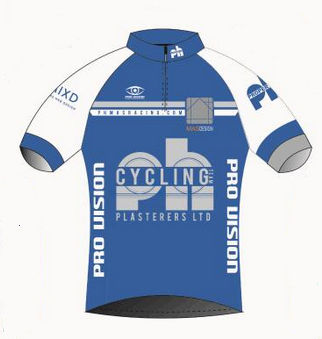 One promising indication that the sport of women’s racing is gaining strength in Britain is the number of new teams that appear on the scene with each new season. In 2014, one of them is Otley-based PH-MAS, who will be competing around the country with a view to entering National events by the end of the season.

PH-MAS started out four years ago as DWCycles, organising social rides. In time, members expressed an interest in riding competitively. They entered a few races and began to attract more riders, leading manager Neil Hendry to realise at the end of 2013 that he had the raw materials to create a proper women’s racing team – so, using the experience he’d amassed from running Senior and Junior men’s squads in 2013, that’s what he did: “I’ve a great basis of riders who can and hope to try an odd National level road race later this year,” he explained.”This years goal is support women’s races 2/3/4 level etc. and to promote the sport. I want to take the team to as many races as possible and with a view to stepping up to a national round by the end of the season and then let’s see what 2015 brings.”

Hendry has already found some backers to support the team alongside PH Plasterers and MAS Design. Pro Vision Clothing, who also sponsor the GB Transplant Team and a number of races, have come on board to provide kit, while several local businesses are helping out. However, the team is still largely funded by Hendry himself. Anyone with an interest in getting involved can contact him on Twitter.

“As long as the girls enjoy riding their bikes and working as a team, we’re already winning in my eyes.” – Neil Hendry

“I like being part of PH-MAS because we all get on really well together, we can have a laugh and support each other, which will help when it gets tough in training or races. Plus we have the best team manager! In 2014 I’d just like to have some fun and enjoy myself, but if we can do well in some races that would be nice too. And of course, encourage more women to get involved in cycling and racing!” – Sinéad Burke